28 julio, 2013
Innovation is no longer driven by states or nations. It’s driven by cities. The key for the future of competitiveness is the development of local ecosystems. And these ecosystems will be built around cities.
Some years ago, I developed the thesis of the six innovation waves. The last one is a wave of concentration in small countries, clusters or urban areas. Innovation tends to stick where agglomerations of talent, technology and tolerance (as Richard Florida said) are. Better if, apart of that, we find capital, manufacturing facilities, and specialized suppliers. Innovation looks desperately for more innovation in the territory. And well-planned, open and creative cities offer the best foundations to create these agglomerations. The sources of innovation will be found in cities. 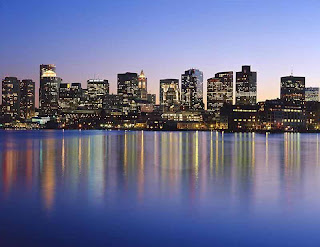 The economist Joseph Schumpeter was the first in introducing the concept of innovation in the economic literature. Schumpeter argued that the essential fact of capitalism was the creative destruction that new technologies triggered in industries, killing old paradigms and giving birth to new, superior orders of things. From Schumpeter to the fall of the Berlin Wall, innovation was conceived as a technology-push phenomenon: someone has a technology with no clear use, which is push towards the market, and the market is transformed by this new, disruptive technology.
This view of innovation was closely linked to public R+D spending, mainly for military issues, fueled by the II World War and the Cold War. Once the embryonic globalization phenomenon started, after the Berlin Wall fall, competition in the markets triggered and military R+D decreased. Markets became soon oversaturated, and, for firms, being close to the costumer started to matter. Anticipating needs, and interacting with lead users (the most sophisticated clients) generated strategic information to develop new and superior products. It was the second wave, the market-pull wave.
Soon, innovation emerged as a new management concept. But, as far as it was a technology-push or market-pull phenomenon (in fact, innovation was driven by a kind of dynamic tension between both forces), it was commanded by R+D or Marketing departments. Scholars and consultants realized that it was inefficient. The whole organization should play the game of innovation to compete successfully: R+D, marketing, purchasing, manufacturing, logistics, an even finance or human resources departments. Even, the own strategy or business model could be innovative. New ideas or innovation projects could appear at any point of the organization, and impact in any other point. The whole organization became an innovation system. It was the third wave.
But echoes from the automotive sector, the most competitive and R+D intense in the world said that it wasn’t enough. It isn’t enough to innovate within your organization. You should innovate in synchrony with suppliers and customers, for the final customer will feel your firm  as much innovative as the least innovative of the firms in your value chain. You cannot innovate properly with obsolete suppliers. The innovation phenomenon, thus, expands, and invades the supply chain: the innovation system is not the firm anymore, but the whole value chain. It was the end of the 90s, and the fourth wave of innovation.
And the new century arrives. Intense globalization, and total internet interconnection gave birth to a new paradigm: open innovation. Henry Chesbrough, professor at Berkeley, coined the brilliant and inspiring concept: the innovation phenomenon is an open process. Your future sources of technology or ideas could be everywhere (not only in your industry). And, your developments or ideas could impact any firm, in any industry, in any unimaginable place. At this time, the world was flat, according to the name of the  famous Thomas Friedman’s best-seller. The innovation arena will be the international economy, and innovation is a global phenomenon. This was the fifth wave.
But, after the last international crisis, a surprising phenomenon is raising: innovation seems to stick to some specific locations. Innovation is not everywhere, and the power of innovation is not linear: the efficiency of the innovation process decreases with the distance. The arena of the innovation game is not the whole international economy, but some specific places. Some specific ecosystems. Small countries, regions or counties, usually built around a powerful, modern, creative, open, pushing and well-connected city. It is the case of Boston, Tel Aviv, Helsinki, Seoul, Singapore or Barcelona. 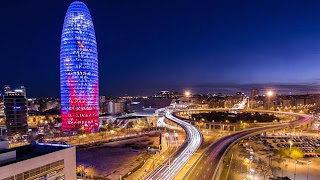 Why innovation tends to concentrate in some specific areas, and why cities offer the best scenarios to develop innovation ecosystems? There’re a kind of natural forces of innovation. The first, is a gravitational one: innovation seeks more innovation. Innovation attracts innovation, for talent is attracted by talent, private R+D facilities are attracted by leading research centers, designers are attracted by manufacturers, start-ups are generated where talent and R+D are, and venture capitalists are attracted by start-up’s. But there are other forces: firms are more productive if they’re located in the ecosystem because they have privileged access to information, and more probabilities of positive interactions with other agents, creating new and cutting-edge projects.
And to accelerate the agglomeration process, nothing better than an entrepreneurial culture (present in all these cities), I mean, the set of behaviors and beliefs that guide the individual actions. And an intense social network (set of trust relationships, vibrant and constant interactions guided by confidence and proximity) to sustain and accelerate the information flows. These items (innovative culture and trust-based social network) are the basic foundations of the ecosystem.
But it is not enough. Governments must provide a reliable, long term stable environment. Changing the rules of the game will kill the ecosystem. Good, strategic planning is required (at the real-state, economic and innovation level). And funding to fix the market failures (don’t forget: the market will invest in R+D less than would be socially and economically desirable, for investments will look for short-term and certain opportunities –and innovation  is, by definition, uncertain-). The revolutionary, most radical changes in capitalism haven’t come from the invisible hand of the market, but the very visible hand of the governments. It’s a myth that Silicon Valley has been created by courageous, risk-taking, garage-tinkerers entrepreneurs and venturers. Silicon Valley has been created by long-term, high-risk  public funding to fix market failure in electronics (a strategic industry for USA). From the internet to nanotech, most of the fundamental advances, in both basic research (but also downstream commercialization) were funded by government. Business move only when returns are clear in sight. Indeed, all the radical technologies behind the iPhone were funded by the administration: the internet, GPS, touchscreen display and even the new voice-activated Siri personal assistant.
Globalization is as much an inter-city phenomenon as it is about lowering national borders. The world of the future, like the ancient world, is a world of cities. The competitiveness of the future will be a game of small, powerful and urban innovation ecosystems. Having an entrepreneurial culture, a trusting social network, clear institutional environment and enough public funding to prevent market-failure will be the keys of growth. Those nations that don’t understand these rules will be excluded of the future of the economic History.
References:
http://www.publicfinanceinternational.org/features/2013/06/the-myth-of-the-meddling-state-nothing-ventured/
http://qz.com/80657/the-return-of-the-city-state/