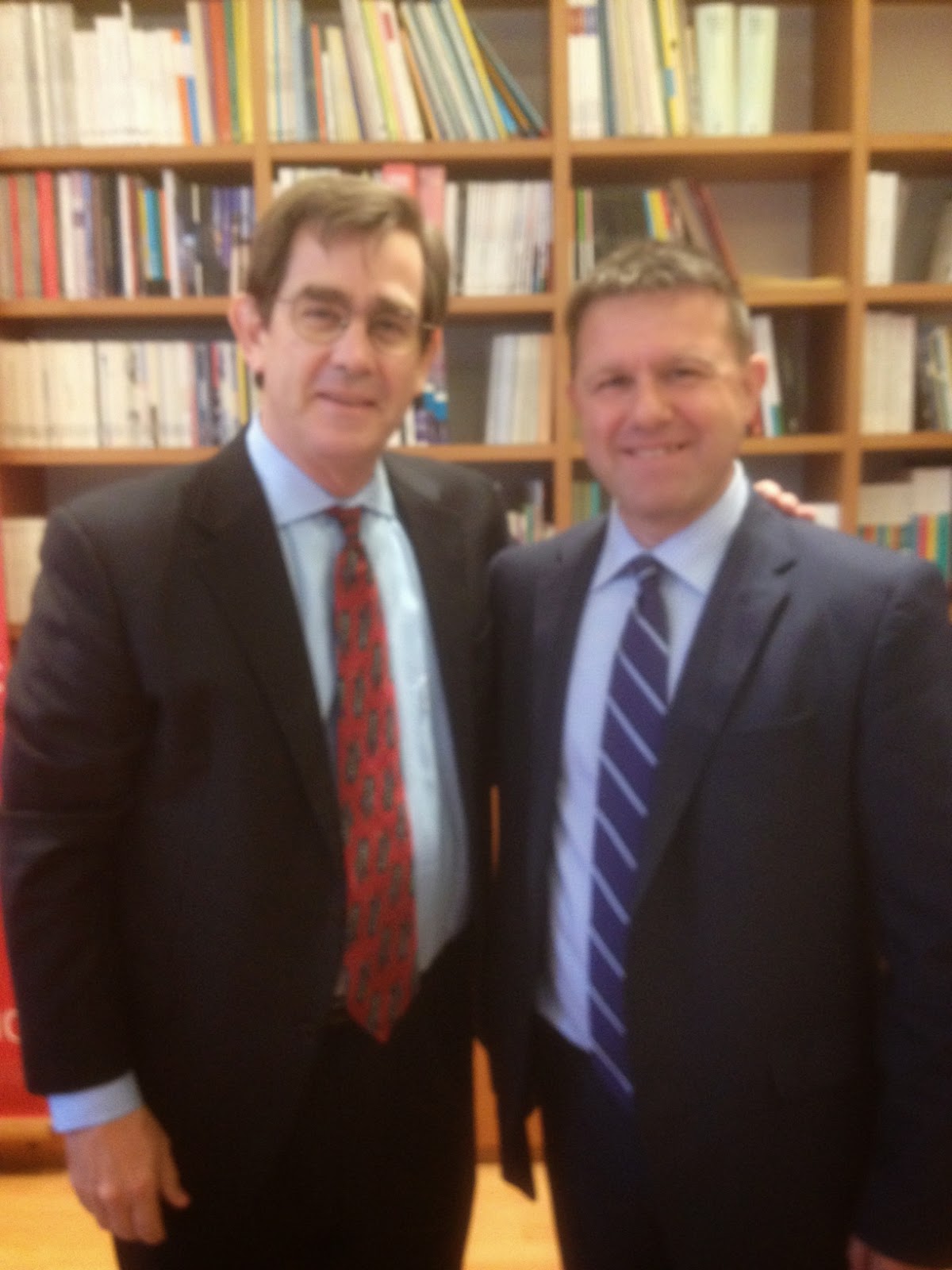 Today, we’ve had the honor of awarding professor Henry Chesbrough as new Doctorate Honoris Causa of the University of Vic – Central University of Catalonia. This is a big step forward to link our University to the concept and spirit of innovation, to strength relationships with the true elite of the innovation academic thinking, and to elevate the prestige and brand of our institution.
I’ve had, on the other hand, the immense privilege of being the sponsor of the new Doctorate. Professor Solé Parellada, from the Polytechnic University of Catalonia, has deliver the laudatio speech.

I leave here my sponsorship speech:

«Henry William Chesbrough, who was born in 1956, is the father of the concept of Open Innovation. It is a brilliant and inspiring concept that breaks with the old paradigm of innovation as a linear process, closed and limited to the boundaries of a single organization. Since the publication of his bestseller Open Innovation: the New Imperative for Creating and Profiting from Technology in 2003, we have had scientific evidence that innovation, a key process in the competitiveness of nations, is not merely a process for generating and transmitting knowledge, but is in fact a complex and interactive process of a deeply social and relational nature.
Dr Chesbrough demonstrated that ideas from outside organizations could be as valuable as the ideas generated within them, and that companies could and should consult external sources of knowledge to improve their competitiveness, fostering strategic partnerships and generating trust between agents. The idea of open innovation comes from unquestionable facts that Dr Chesbrough notes with clarity and a lucid capacity for analysis, and which he uses to synthesize a new paradigm for the conversion of knowledge into economic growth – open innovation. These facts are:
– The vast production of scientific knowledge. The knowledge available in the world in terms of scientific publications doubles approximately every five years. About 5,500 new indexed articles are published in international journals every day. Millions of scientists around the world are inexorably pushing the frontiers of knowledge forward. And innovation is the process which turns these discoveries into new economic and social value.
– The fact of the matter is that technology is a key factor in competitiveness. Technology dramatically increases rates of productivity. No other form of innovation does this with the same force. And technology needs critical mass, which is generally unattainable at an individual level, but is achievable through networks and strategic alliances with suppliers of knowledge.
– There is a need for hybridization in order to compete in the twenty-first century economy. Mixed and cross-disciplinary projects between individuals and businesses from different sectors and backgrounds are those that are the most exclusive and have the greatest capacity for differentiation.
– Global computer networks are a powerful enabling force, which allow any knowledge or complementary opportunity to be located in real time, anywhere in the world.
Based on these observations, Dr Chesbrough developed a new theory that made business innovation an open and international phenomenon. We cannot ignore the importance and impact of Dr Chesbrough’s work for the university world, due to the concept of the university as a primary source of the generation and transfer of knowledge and the role that universities have to play as engines of economic growth and social welfare. If the competitiveness of nations depends on the existence of strategic knowledge, and that knowledge can be generated worldwide, then universities should aspire to excellence in a global environment, establishing solid relationships with businesses and other stakeholders in the international system of innovation, and position themselves as international nodes of knowledge, at the service of the world’s welfare and progress.
For businesses, open innovation is a more profitable way of innovating, which reduces costs, accelerates the time to market for new ideas, increases the level of product differentiation, and generates new value for organizations and for society as a whole. This new innovation model that Dr Chesbrough conceptualized has been adopted by most large industrial corporations worldwide, including Lego, Unilever, Procter & Gamble, Phillips Beiesdorf, Siemens, AkzoNobel, Cisco, Hewlett Packard and Shell. For this reason, powerful partnerships and innovative ecosystems, in which universities and research centres play an important role, have been built around them.
But open innovation also gives us another aspect of the phenomenon of innovation, beyond the strictly economic one: because of the contributions of Dr Chesbrough, we also know that innovation is cooperative, and that its arena is the world. Creativity, cooperation and internationalization are concepts with which the University of Vic – Central University of Catalonia feels fully identified and which must be the currency of our future. The spirit of open innovation therefore inspires our vision of becoming a university that is global, innovative and open to our region and to the world. 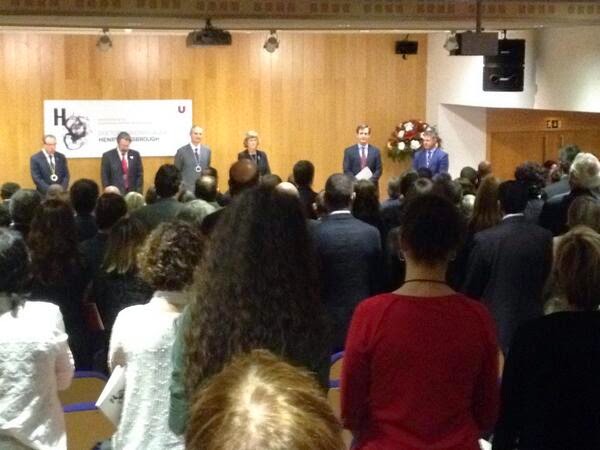 Henry Chesbrough’s profile is both mixed and open. He graduated in Economics from Yale University and holds an MBA from Stanford. After a successful career as a manager in the semiconductor industry in Silicon Valley, the world’s most famous innovation cluster, and a self-confessed «frustration» at the lack of understanding between academia and industry, he decided to start a doctorate, with the objective – which was also self-confessed – of bridging the gap between these two institutions. Dr Chesbrough thus embodies the paradigm of the mixed professional, who has extensive knowledge of the business world, an experienced practitioner, but is imbued with a rigorous scientific method. His research has placed him among the international academic elite in the fields of innovation, technology management, intellectual property and business competitiveness – fields in which he has published over 100 articles in journals including the California Management Review, Policy Research and the Harvard Business Review. He was a lecturer at Harvard Business School between 1997 and 2003, and has worked at Berkeley (University of California) since then, where he is currently executive director of the Center for Open Innovation at the Haas School of Business.
Because of his decisive contribution in the field of innovation, and the significance of his contributions in terms of the positioning of universities in the economic world, I therefore ask the Rector to put into effect to the agreement of our university’s Board of Management, and to invest Dr Henry Chesbrough as Doctor Honoris Causa of the University of Vic – Central University of Catalonia.

And here, you can find photos of the entire event.